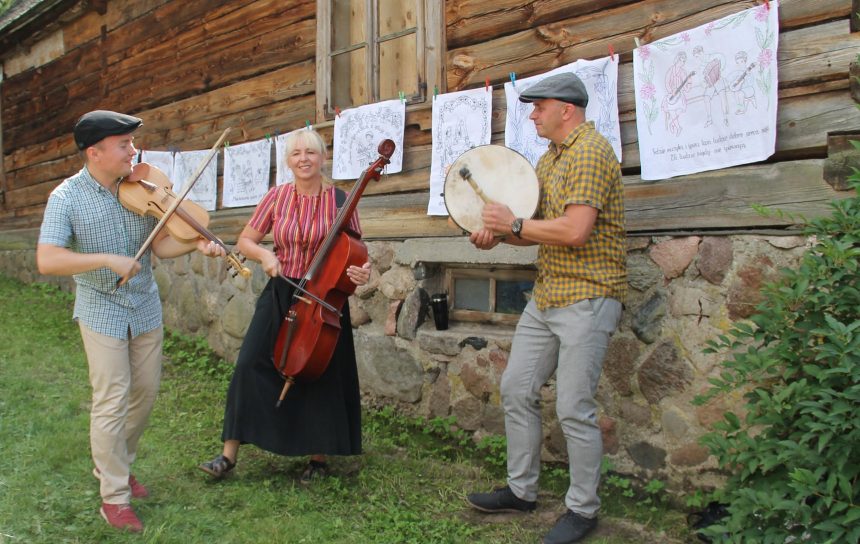 The band Honey on the Heart was founded in May 2017.

They mainly perform music from the Puszcza Zielona Forest, based on archival recordings and materials collected by them. Most of the ensemble’s instruments were made in the workshop of Mr. Piotr Sikora, a rural musician and builder of folk instruments. The members of the band create and implement cultural and educational initiatives to popularize and preserve the heritage of folk culture, traditions and Kurpie folklore. They organize open dance and music-singing workshops, meetings with village musicians, and dance parties with live music.