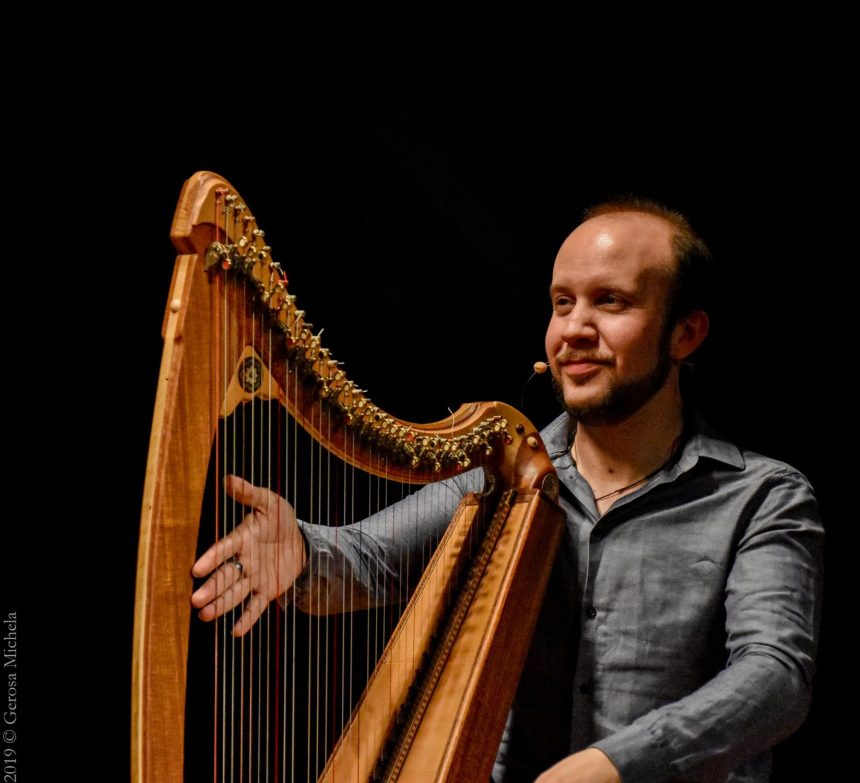 Adriano Sangineto is an Italian musician who plays the Celtic harp, as well as a composer and arranger. He graduated at the Milan Conservatory. In his youth, he met musicians such as Nicanor Zabaleta, Alan Stivell, Derek Bell, Carlos Nunez and others.

In 2002, he began playing the Celtic harp as a self-taught and entered the path of free experimentation in various musical fields: from ancient to modern music, going through classical, new age, pop music and arranging Italian and European folk music.

Thanks to the deepening of classical composition at the conservatory and its coupling with folk music culture, he composes in many directions.