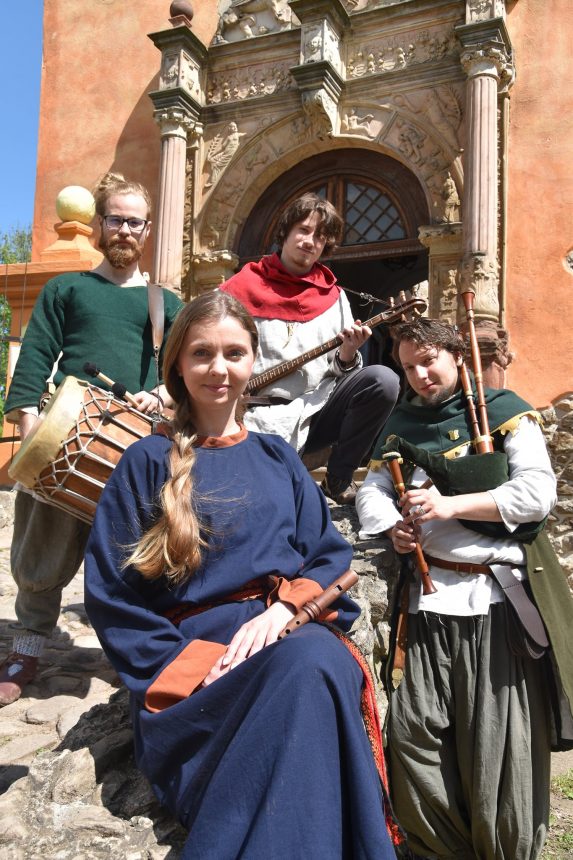 Fleurdelis – Lily Flower. The group was founded in 2015. Three friends decided to combine their experiences and passions to create a project based on medieval, Renaissance and folk music, with the influences of contemporary musical genres.

In the beginnings the band was to be a Krakow street ensemble, matching the colors of the Renaissance City, distracting Krakow’s everyday life with the sounds of the flute. However, very quickly they went beyond Krakow, giving concerts at the monastery in Sulejów as part of the Colors of Poland festival.

The following years resulted in further major reconstruction events, including: Battle of Grunwald, Midsummer Fair in Krakow, the International Renaissance Festival in Lublin, and the Royal Coronation in Gniezno.

Currently, Fleurdelis is one of the leading reenactment groups in Poland, playing a mixture of energetic European folk and old times music. The band has released one studio album, which includes songs from both the Middle Ages and the Renaissance, as well as their own compositions. Everything is played in the spirit of bygone times with a fun character.