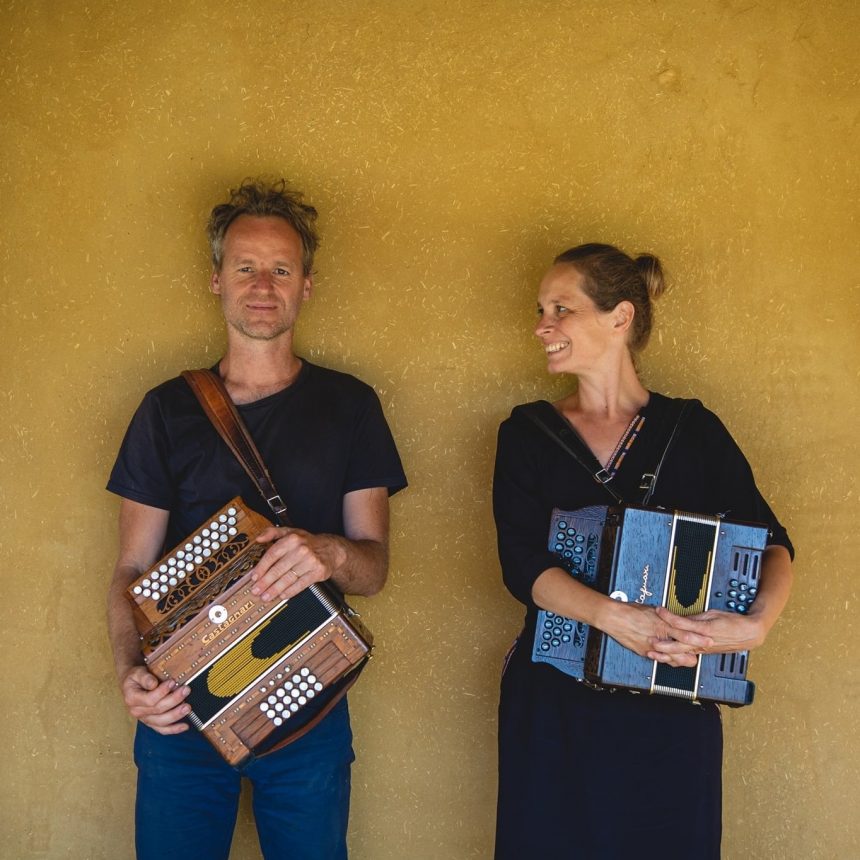 Naragonia was founded 16 years ago and quickly won the hearts of the audience, not only in Belgium, but also widely abroad. The band consists of a duo of extraordinary musicians: Pascale Rubens and Toon Van Mierlo. Their music is characterized by elusiveness, charm and magic of sounds delicately intertwined into dance rhythms.

Pascale Rubens began her musical journey with the violin in hand, but at the age of 18 she fell in love with melodeon. Playing this instrument she traveled across various bands. She came to Poland with Musaraigne, representing Belgium at the International Radio Festival IRF in Gdańsk in 2005.

Toon Van Mierlo is a multiinstumentalist who started his musical adventure with oboe, however, after turning 21, he discovered uillean pipes and lost himself in them. He performed in many bands and appears on many recordings. Currently, you can hear him on several dozen of albums.