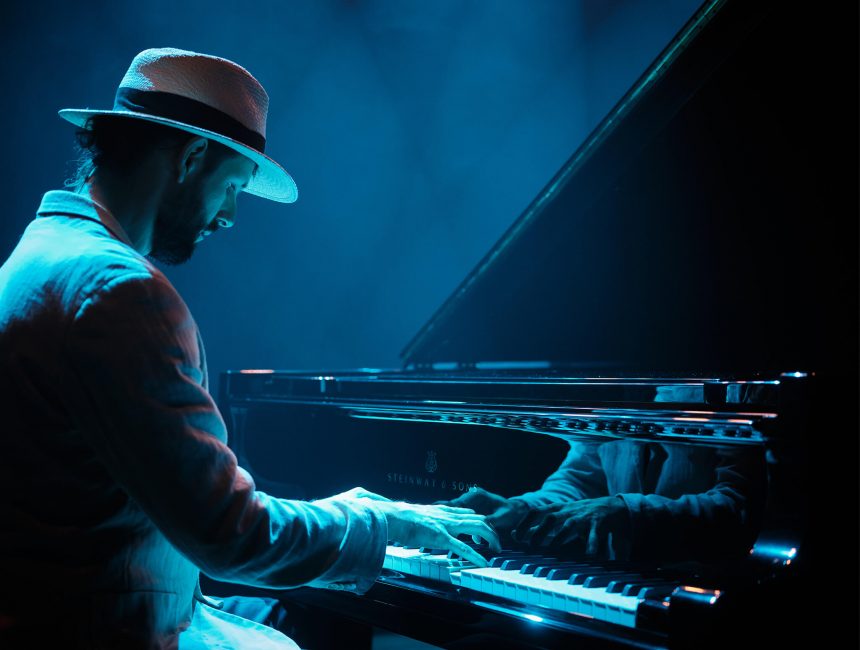 Wim te Groen, a solo pianist from the Netherlands, performer and composer of the most romantic balfolk music ever.

Since 2013, he started to play bals in the Netherlands, and then also in Germany, Poland and Belgium. From an early age, he has been making his own music, secretly on a grand piano standing in his living room. An addiction quickly developed. His background is classical music like Chopin and Beethoven, in which he took classes for couple of years. Then he came in contact with balfolk around 2010, and started making his own balfolk music around 2013. The strong connection between music and dance appealed to him from the start. A wonderful new world this opened for him with the fresh rhythms; huge freedom in improvisation and the joy to see how people react in dance. In his music one can recognize love for mellow tunes, dissonant, fragile melodies and dynamics bringing passages to a climax. He also loves variations, which resulted in a mazurka in 13, mazurka/scottish, hybrid waltzes in 8/5 and 5/11, gavotte de l`aven/waltz and more. Come and dance to sensitive piano sounds in the middle of Warsaw’s largest village.